Faculty members have also recently led or collaborated with researchers from leading research universities on projects of vast social and policy implications on topics such as undocumented immigrants, public health, community corrections and parole policies, and statistical strategies for sampling racial/ethnic minorities and other hard-to-reach populations.

Learn more about our faculty's research by reading about their work: 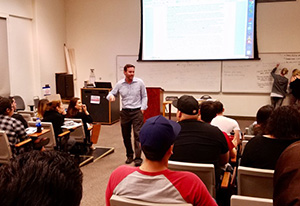 His work examines the intersections between higher education and occupations & work. Most often this means investigating issues around college-to-career transitions.

When not lecturing at SDSU Daniel conducts research on the regional workforce for UC San Diego Extension. At UCSD Extension, they largely explore how to improve workforce training while striving to create a more inclusive economy.

Daniel is investigating the platform economy (think apps and websites like Uber, TaskRabbit, Upwork, Fiverr, Airbnb, Etsy, eBay, Amazon, Seeking Arrangement, etc.) and how these types of platforms are transforming the ways undergraduates come to desire, and prepare for, various types of careers. Or phrased as a research question:

Is the tech-enabled gig-economy helping and/or harming college-student career formation?

Some examples of his recent (and recent-ish) projects include: 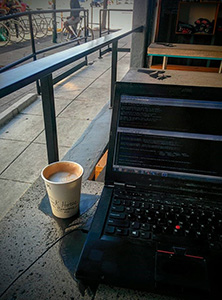 Dr. Joseph Gibbons is an Urban Sociologist whose research focuses on how residence in neighborhoods affects one's well-being. He is an Associate Director of the Human Dynamics in the Mobile Age (HDMA) center, a multiple-disciplinary research consortium of scholars interested in applying 'big data' derived from very large data sources like social media to understand human behavior.

He is currently involved in three ongoing projects with HDMA colleagues:

Dr. Johnston’s present research is a comparative study of protest and resistance in authoritarian states, entitled “The Resistance Repertoire.” Its themes are proposed in his recent article, “State Violence and Oppositional Protest in High-Capacity Authoritarian Regimes,” and his recent Mobilizing Ideas blog, “The Games Afoot, Authoritarian Regimes and the Field of Play.” This project comparatively analyzes protests in three authoritarian contexts of different repressive capacity:  (1) Mexico during its authoritarian period, especially in the post-1968 repression and until the opening of the political system in the early 1990s; (2) China’s current policy of providing channels of popular protest through the xinfang system of “petitioning” state authorities; and (3) the resistance against communist rule in Eastern Europe in the 1980s and early 1990s,  about which Dr. Johnston has written numerous articles and essays.

Dr. Enrico Marcelli’s research agenda is to (1) design and implement community-based probabilistic sample surveys to collect representative and sensitive demographic, economic, health-related and sociocultural information from relatively clandestine or “hard-to-reach" populations (e.g., undocumented immigrants, informal workers, young adults); and to (2) employ statistical (e.g., regression) techniques to these and publicly available (e.g., U.S. Census, Centers for Disease Control and Prevention) data to investigate the demographic characteristics, health, integration and effects of these populations; for the purpose of (3) augmenting the technical and fundraising capacities of the community-based organizations with which he works (e.g., Coalition for Humane Immigrant Rights of Los Angeles, Border Angels) and providing policy-relevant information to county, state and federal-level legislators regarding health and immigration.

Some of his most recent research-oriented accomplishments are: 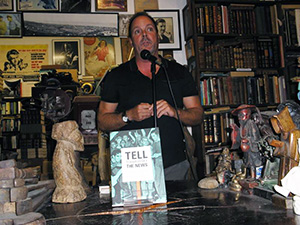 My recently published research has been in the areas of: the American labor movement, the social and cultural history of rock-and-roll music, the representation of social class in mass media forms, the intersection of race and class and Critical Theory.  My book, Tell Tchaikovsky the News: Rock’n’Roll, the Labor Question and the Musicians’ Union (Duke University Press, 2014) was nominated for the Mary Douglas Prize by the Section on Culture of the American Sociological Association.  My book was also the topic of an interview conducted for the International Association for the Study of Popular Music (IASPM). Recently, the online magazine Jacobin ran an article about my book.

My article, “Turning the Race/Class Dialectic on Its Head," represents a new direction in my research on the intersectionality of race and class.  It was published in October, 2015 in the journal Race & Class.  My latest work on the topic of social class includes a new co-edited book that will be published by Wiley in September 2017.  Read an excerpt from it.

In the area of Critical Theory, I have developed a new project on the contributions of Friedrich Nietzsche to critical social theory.  My essay, “Twilight of Work: The Labor Question in Nietzsche and Marx,” was accepted for publication in the journal Critical Sociology, where I am co-guest editor for a special issue on Nietzsche.  I am also currently co-editing a book titled Nietzsche and Critical Social Theory: Affirmation, Animosity, Ambiguity (under contract with Brill).  The selections are drawn, in part, from selected papers that were presented at an international conference I co-organized here at San Diego State University.  You can find more about the conference at https://nietzsche.sdsu.edu/.