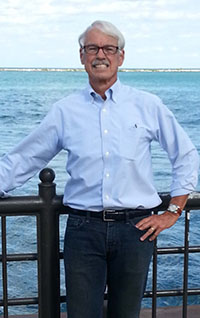 Professor Hank Johnston is a leading scholar of social and political movements. He coordinates the Peace Corps Prep Program at SDSU and is the former Hansen Chair of Peace and Nonviolence Studies (2016-2021).  His research analyzes cultural and interpretative dimensions of protest campaigns and social movements, especially nonviolent forms of resistance in repressive states. His recent books include Racialized Resistance and the State (edited with Pam Oliver, 2020),  Social Movements, Nonviolent Resistance and the State (2019), What is a Social Movement, (2014, Spanish and Farsi editions in 2020), and States and Social Movements, (2011, Arabic edition in 2019).  He is also founding editor and publisher of Mobilization: An International Quarterly, the leading research journal on protest and social movements. He edits a series of research monographs with Routledge Books, the Mobilization Series on Social Movements and Protest, which has thirty titles in its list. His current research compares nonviolent resistance in repressive contexts such as China and Eastern Europe under the communists.